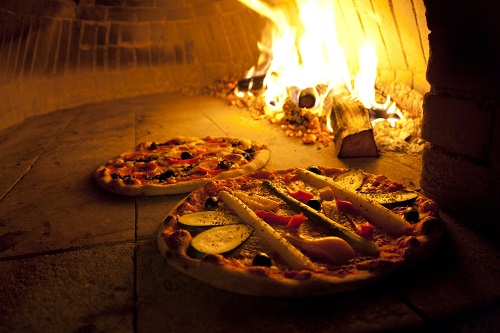 If you have a pizza restaurant, whether a brick and mortar store or a mobile one like us, you need an oven. However, you have to take the time to think of what type of oven you are using. Pizza ovens Perth are part of what makes a good pie, you know.

So without further ado, let’s take a look at the essentials of pizza oven selection.

First, the consensus is that a brick oven using wood fire is the way to go. You’re going to get the best quality pizza out of these. There are mobile versions of these too, so you can get the quality on the go. However, they’re also a bit expensive.

So if that’s not your thing, let’s look at the other options!

First, let’s break down gas against electric. These are probably going to be the two most typical options available if you don’t go with brick. Whether you want a conveyor, a deck, or convection, they’ll be one of these two.

A gas oven is best if you’re high-volume. If your pies are traditional, that’s a plus. The crust is crispier and the whole thing cooks evenly.

However, if you lack a gas hookup and don’t have access to liquid propane? Electric models are your best choice. They’re also more mobile.

Now, let’s go over the type of oven you should get based on your needs. First, are you a low-production place? Maybe you’re a small, mom-and-pop type of operation and only make a few pies in a day.

For that purpose, you’ll want a commercial convection oven. They haw a low output since you only have two to five racks per chamber. They cook fast, usually within five to six minutes. You might lose some of the heat when you open the door, which can affect cooking time.

Convection ovens are great for smaller restaurants. If you have pizza on the menu but aren’t dedicated to it, this is a good choice.

If your production is a little higher, you’ll need something more suitable to the task. For this, you want a pizza deck or brick oven.

A pizza deck has lower output than a conveyor, that’s true. The cooking times are also slightly longer. However, they’re easy to stack on top of one another so you can always have a lot of space available. This means that you have greater production within a certain range of pizzas-per-day.