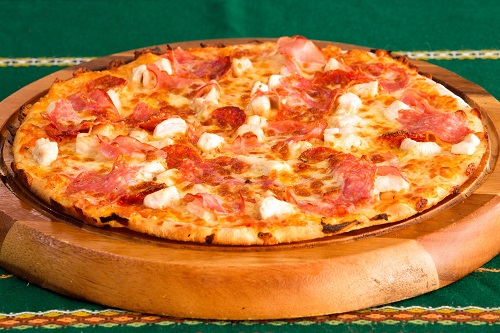 Pizza etiquette is a thing. I bet you didn’t know that, did you? Well, it exists.

Too many have found themselves humiliated by failing to eat their pizza properly. It hits regular folk, but also political figures and a few famous people. As we hungrily consume a slice of what is perhaps the world’s favourite food, we get disapproving comments.

This happens whether you’re in a restaurant or you’re having mobile pizza catering done. There are, in fact, a few rules in place that govern the manners concerning eating this delectable Italian treat. Which, incidentally, looks nothing like the original pie that inspired it.

The first rule is that the most acceptable, reliable way to eat pizza is with your hands.

There is nothing quite the same as reaching out and grabbing a slice bare-handed. Holding it in your hand, sinking your teeth into the cheese and toppings. This is the only real way to eat a pizza, for many people and cultures. However, it’s not universal.

If you’re looking at a thin crust treat, much like what you’d get in New York Style places, you have to use your hands. A knife and fork just aren’t a good idea, especially if the crust is crisp. You want the fingers doing the work.

If it’s the sort that has lots of toppings or has the cheese dropping all over the edge and onto your lap, there’s an added caveat. Fold it up in half to create a funnel-like shape and eat right away. Don’t let it sag or let the sauce or cheese droop. That’s rude and wasteful.

Pizza etiquette says to never start from the crust. You start with the tip, no matter how tempting it might be to enjoy the least-delectable part of the slice first.

If you’re looking at a Chicago-style deep dish pizza, then things change a little. For this, you do want a knife and fork on hand. The deep dish is too big for eating with just your hands, as it’s closer to an actual pie than the average pizza is, in terms of depth.

The other rule for pizza etiquette is if you’re in someone else’s home. If they serve the food with a knife and fork, you had better do the same. If they pick up a slice with fingers, follow the lead of the host. This is their home and their party, so their lead takes precedence over the usual rules.