Elements of the Best Pizza in Perth 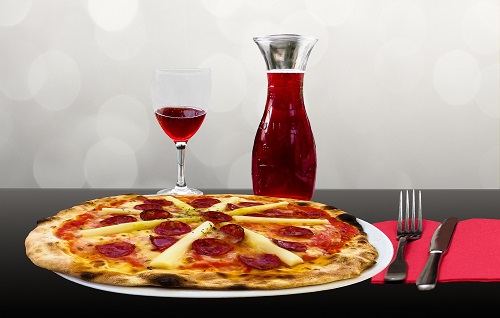 What makes a good pizza?

That’s challenging to define. After all, everyone has their tastes. The thin-crusted New York style, the deep-dish style of Chicago, and even the classic pie-style of Italy are entirely different. They all have their fans. When defining the best pizza in Perth, isn’t it very subjective?

First, let’s admit that a lot of people love pizza. It’s one of the world’s most famous foods, so it’s only natural that everyone has an opinion on what the best pizza in Perth is.

While taste is subjective, some elements can define what makes or breaks a good pizza.

It’s not always the thickness of the crust itself. A deep-dish and a thin-crust can both be fantastic. However, one factor that is tied is the quality of the dough.

A good dough is essential to a good pizza. It’s like the foundation of a house. If you’ve got a bad base to build on, everything else is only covering it up. Use just the best dough, no matter how bubbly and springy you like your pizzas.

Crispiness is also important. Most people don’t think like this, especially if they prefer the thicker crusts.

A wood-burning oven is the best choice, of course. The fire is different, and it brings out a smoky flavour that’s only possible with this method. However, for those who aren’t able to do this, you can get something similar to it by using a pizza stone in an ordinary oven.

You can also try to pan-fry the base before adding the toppings. This can do wonders for improving the overall taste. However, some complain that this might

Toppings can vary, but there’s a rule that everyone who knows how to make a pizza agrees on. You can’t put too much on the crust, even if it’ll cook properly.

You don’t want the toppings to be overwhelming. Too many, and you risk having the flavours mixing in the wrong ways. A smaller number is better, especially if your cheese and topping choices complement each other on the palate.

For specific toppings, you’ll need to select based on the cheese available and the sauce. Some of them don’t go well with each other.

Regarding sauce, don’t go mad with the extras. Too much and you overload the base, making it soggy and less than appealing. You’ll want the right amount, not too much of it. Some types of pizza have next to no sauce, even.